An IDE for writers

I've been using the same tools for writing for years. Notepad++ for initial drafts, Word for later ones and Sonar for submission tracking. I carry a journal for jotting down random thoughts, although these days I tend to use the memo app on my phone instead. And that's it: a simple set that's served me well.

Microsoft Word is great. Every now and then I try Open Office or Google Docs again, but I always find myself coming back to Word. It's solid, comfortable and just works. It's an excellent word processor. But writing isn't word processing.

Recently I've found myself frustrated by Word. It might be because my stories are getting longer all the time. Or it could be that I'm finding that more often stories are coming to me as snatches and fragments, little scenes in random order. Word can handle crazy large files and jump around to different sections fast as anything. But I can't.

I'm doing most of my writing on my netbook during my commute. It's a 35 minute trip each way. If I'm organised I can rip through a thousand words in that time. If I'm not, well, it's far less.

I wanted a way to generate a map so I could quickly move around large files (or collections of files) in a semi random order.

I've been hearing about Scrivener for ages, but I've never really been tempted. Until a friend of mine described it as:

An IDE for writers 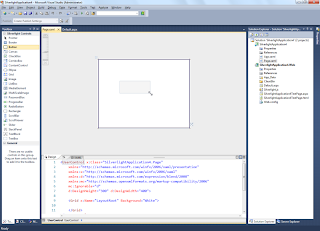 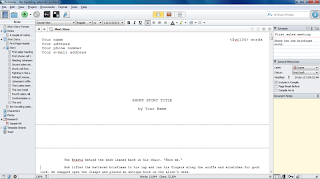 I'm taking Scrivener for a drive to see if it's something I can add to my toolkit. I've started with a story that's 75% complete. I'm getting used to thinking in terms of scenes instead of a whole story and switching between a unified document view and index cards. So far, I'm impressed. The performance is great on my netbook and I get plenty of typing room on my small screen, even with the binder and notes displayed.